Ways to Inspire Creativity with ICT in Early Childhood

Ways to Inspire Creativity with ICT in Early Childhood

The importance of creativity in early childhood education is documented well in the Early Years Learning Framework. It covers both Learning Outcome 4 and 5 and plays an important role in childhood learning and development.

Children’s play enhances dispositions such as creativity in learning environments.

What is Creativity in Early Childhood Education?

Defining creativity is not an easy task in this field. However, there are strong links to a child’s ability to problem-solve and to be innovative in their thinking.

Creativity is about being unique and discovering the new and making new connections. So in the mind of a child, much of what they do during a day is pretty much that. It can be defined as creative because every experience is a new one, another learning curve and it all comes to them as they play.

It is for this reason why it is important for you as an early childhood teacher that you get to know the children in your care well enough that you begin to recognise a child’s creative acts which may come in the form of various things such as thought or spoken language, role-play, mark making, physical movement, making and building (Price, 2009).

Something which you should notice when being more attentive to the cognitive processes of the children in your care. 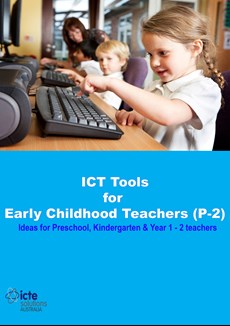 Examples of Technology in Early Childhood Education that promote creativity

In order for you to develop creativity in the early childhood learning environment with ICT tools it is essential that you remember that you allow for creativity to flow from the children themselves.

It is essential that you incorporate ICT tools into your pedagogy in early childhood. However, according to Price (2009, p. 43) the following attributes need to be given to children:

It is important that you:

It is essential that if children are to be creative in their use of technology in early childhood education that early childhood teachers become familiar with ICT tools themselves to explore possibilities and to become confident users of ICT.

Being familiar with a program will help you identify the circumstances when children are ready to move onto a new feature or to use the software for a more demanding purpose.